The crew of Sound of Eastside presents you together with the P11 Club in Fürstenwalde an event on two floors with Techno, House and Electro. As headliner, none other than DJ Tanith was committed.

You don’t really need to say much about Tanith anymore. As one of the protagonists of the first hour in the Berlin techno scene, he has played countless gigs in renowned clubs and festivals around the world. His authentic manner and his distinctive sound make him a genuine veteran, far beyond the borders of Berlin. In dark basement rooms with lots of fog and strobo he is always a guarantor for a decent ride.

He gets support in the basement from the two heads behind Sound of Eastside – Ronny Gee and Dextar. Cherry Core from OST 1242 from Fürstenwalde joins them.

In the House / Electro Floor, the Gloria Game Boyz await you from Smoosy House in Berlin, supported by Mathew Brennt from the Peak Control Crew in Frankfurt (Oder), Stuff from the Bonito House Club and Chrizz W from Fürstenwalde. 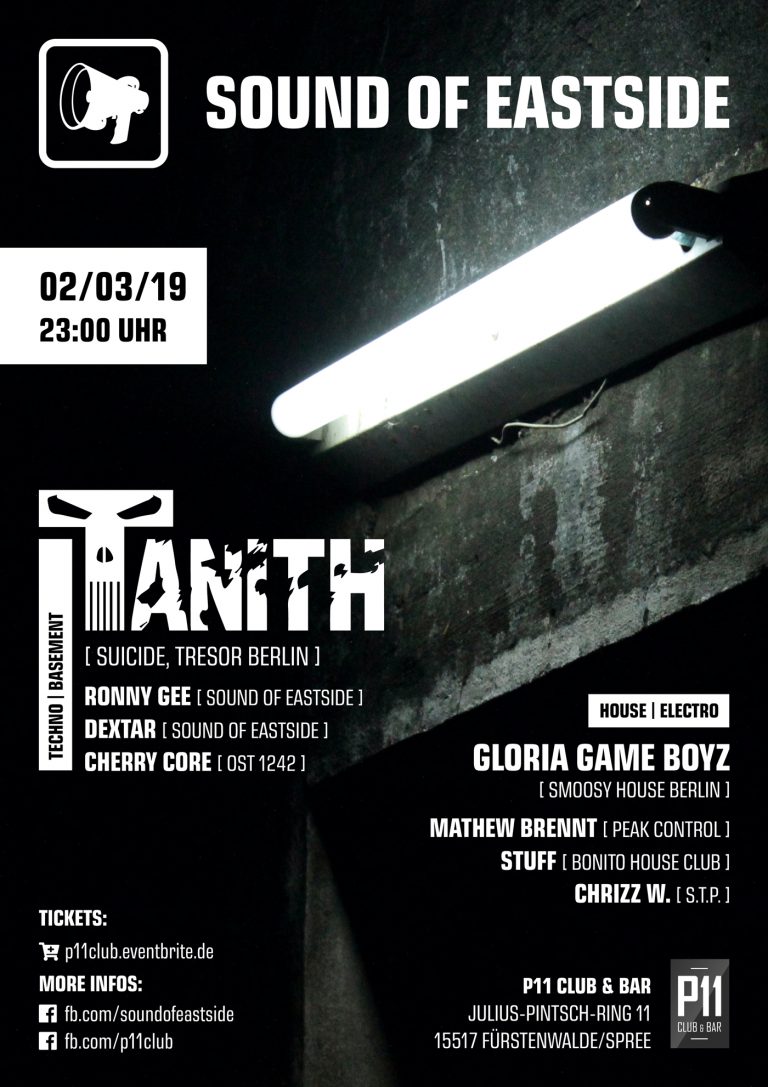