DJ RO is mainly known for his residency in the Tresor Club but also for his activities in Panzerwerk Ziesar and later in Verlorenwasser. He gets support in the basement by Made Noise from the label: Ignore The Past as well by the two SoE heads Ronny Gee and Dextar.

Ralph Ballschuh – well known for his well-assorted record box full of house music, he will open it for you. Furthermore Hamburg’s Elanetique in the House/Electro-Floor, known by releases on Karera Records and by his longtime radio show: Below En Gedi. Local support by Buster, known from Vinylline Records in Frankfurt/Oder and TOvO from Bad Saarow.

Sound of Eastside is not a style – rather it is a brand where the choice of music and the spirit are in the foreground, spiced with a proper underground attitude, but without getting lost in it. 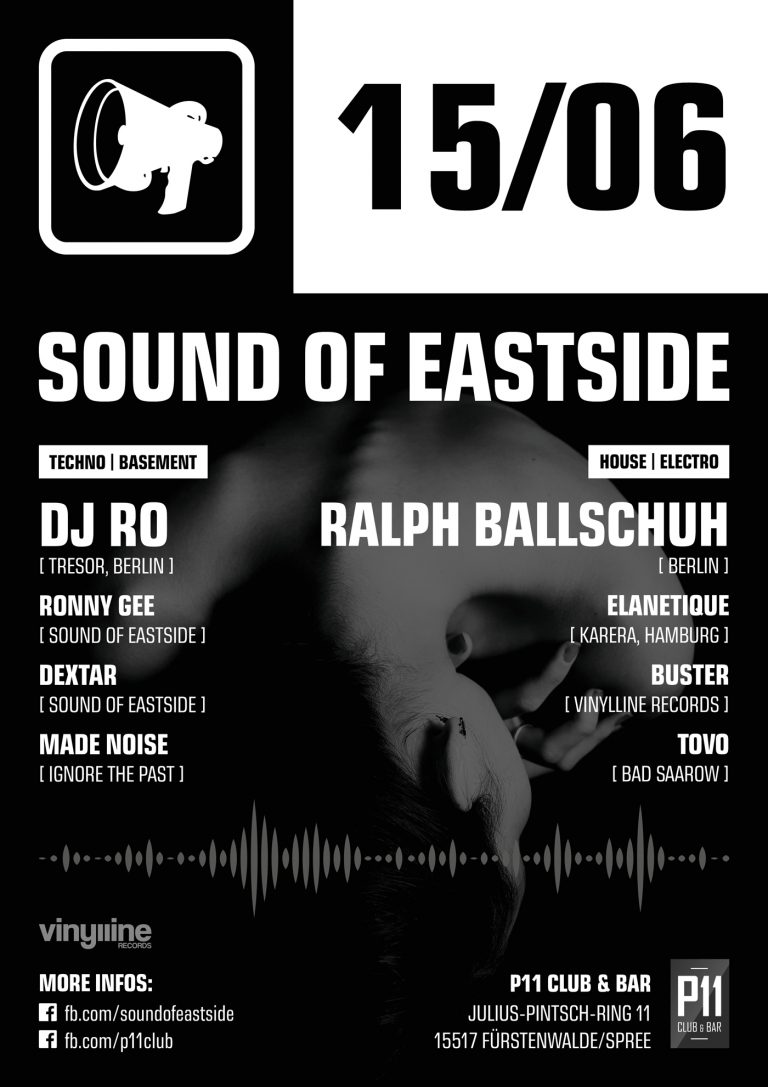