Sound of Eastside invites one of Berlin’s House legends from the early 90s. No one less than Dj Jauche will heading up the House/Electro-Floor on the next event at the P11 Club in Fuerstenwalde/Spree. Known for his residency at Berlin’s legendary „Walfisch“ Club. Also he played regularly at many other Berlin Underground Clubs. By the mid 90’s he had presented his unique style throughout Austria, Switzerland, Poland, Italy, Spain, Greece, Russia, Hungary and Malaysia, on top of countless clubs and events in his homeland. He gets support by Weyoun, Rookie & Bundy M. from the record label BRB Digital and Shawn Stein from the Coconut Beatclub.

The Italian raised and Berlin based artist ALHEK is invited for the Techno-Basement. Since he moved to Berlin in 2012, his career started really up. He founded a mastering studio (ALHEKmastering), which is now one of the most important in Europe for electronic music. As producer he has a very own sound, wich is really present in his dj sets. In 2014 he founded his own record label: Mechanical Thoughts records. He gets support in the Basement from the SoE-Heads Ronny Gee and Dextar. 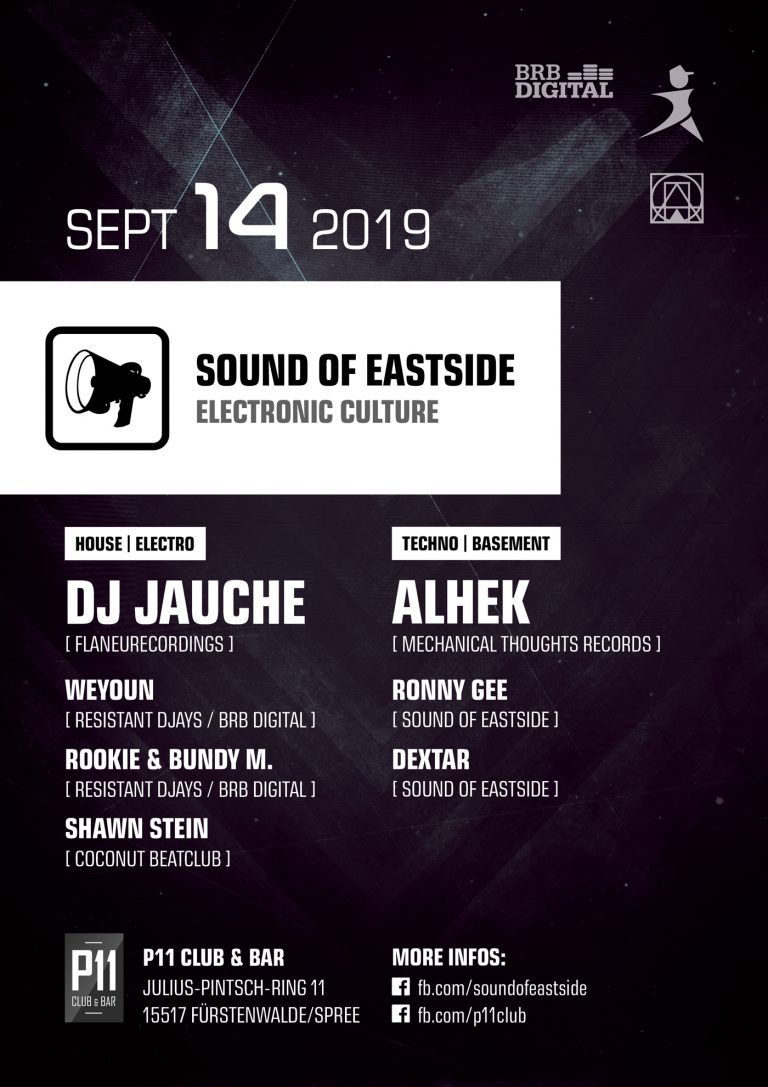