Born in the very beginning of the 80´s in the middle of Italy, Alessandro Sisti aka ALHEK, is today a Berlin based mastering engineer, music producer, label owner and DJ. In the 90´ he attended a technical school, where he learnd to project, develop and build electronic circuits. This, combined with his passion for the music, brought him to build and work with a lot of sound systems and music.

He started then to play guitar, and in the 2000´ he attended a master for sound engineering. In the same time he started to produce electronic music and to work as sound engineer in some studios in Rome. But it´s when he moved to Berlin in 2012 that his career started really up. He founded a mastering studio (ALHEKmastering), which is now one of the most important in Europe for electronic music.

He started to play as DJ, first digital then with vinyl records. He played overall in Berlin, but also in the all Germany and had also some international gigs (France, Italy). As producer he has a very own sound, wich is really present in his dj sets. In 2014 he founded his own record label: Mechanical Thoughts Records, Full expression of his vision in music. 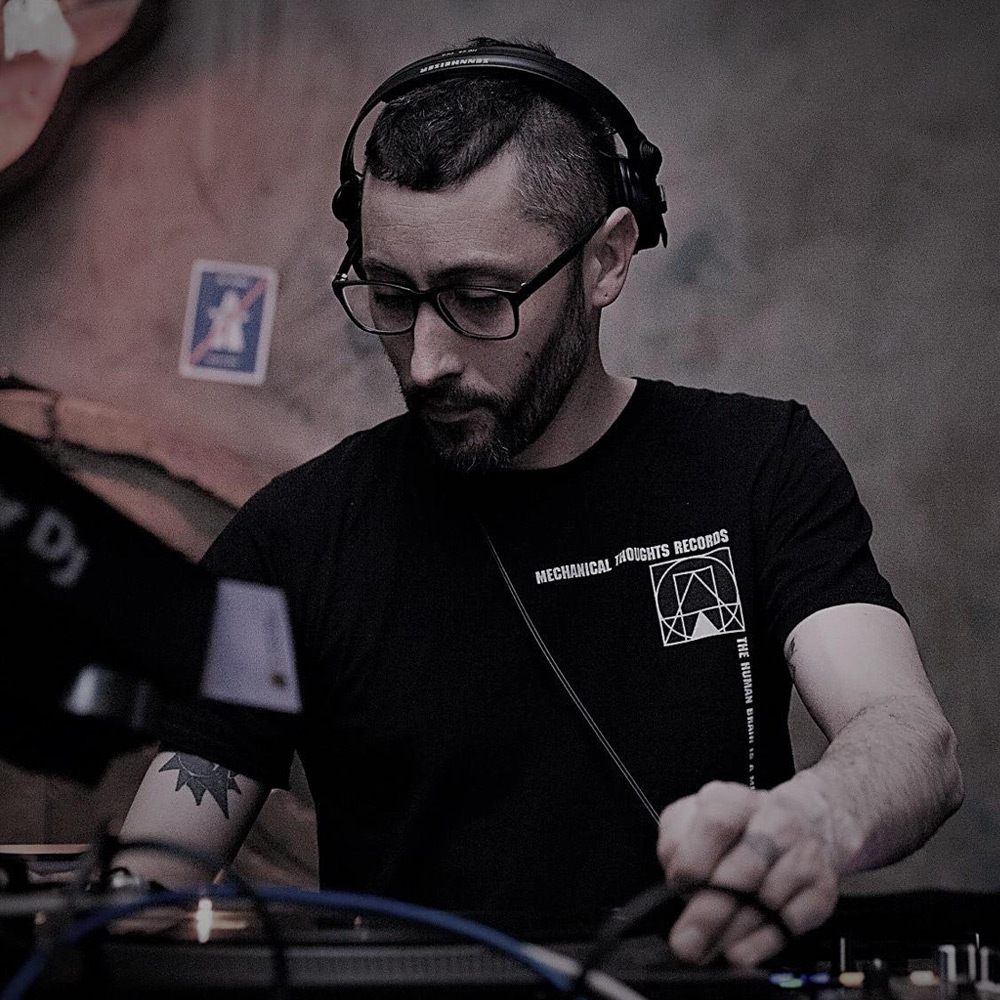